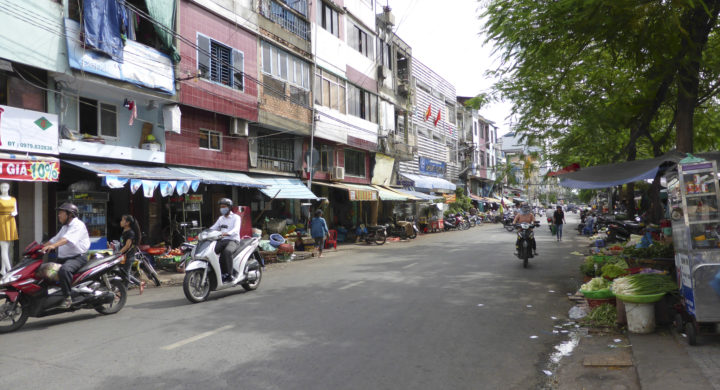 Belgian herring processor Gilco has decided to cut down on its “pure trading” activities, after a review of operations following an acquisitive month.

“After a first round of studying the possibilities of the Gilco group…the board decided to decrease the pure trading activities; a very hard decision to make,” said Gilco COO Bart Ledeganck in a statement.

The decision means cutting ties with its Vietnamese office — led by ex-pat Servaas Desmedt in support of his father Urbain — which have existed for 12 years.

Kris Debouck, sales advisor with Gilco, told Undercurrent this would not mean a sale of the office there, but simply ending the contract with it.

“We have just invested in production facilities and we want to focus on that,” he explained. “If you do trading, there’s a lot of outstanding money that you can’t use for innovation. We are growing fast now, but we also are aware that we have to stop certain things because of the focus that we have on production, and retail innovation.”

Ledeganck thanked the trading office for its efforts. “In times of economical storms due to the influence of COVID-19, we need to be decisive on following our company strategy, development, and innovation at our production facilities and upgrading our service towards our existing retail and detail network. We will continue importing for program customers but on a more contractual exchange,” he said.

The office had been purchasing and shipping shrimp and pangasius from Vietnam, as well as Chinese products including Pacific salmon portions, red mullet, butterfish, and some double-frozen whitefish.

Debouck joined Gilco on a full-time basis earlier this month, after working as a consultant to the matjes herring specialist for the past 10 months. He will now be responsible for creating a future sales force as well as expanding Gilco’s presence in both national and international markets. He joins CEO Caroline De Reu, and Ledeganck, on the company’s board.

Meanwhile, Gilco’s sales and purchasing activities will now move to a central headquarters in Ostend by Sept. 1, by which time the company plans to have changed its name to Seacrets.