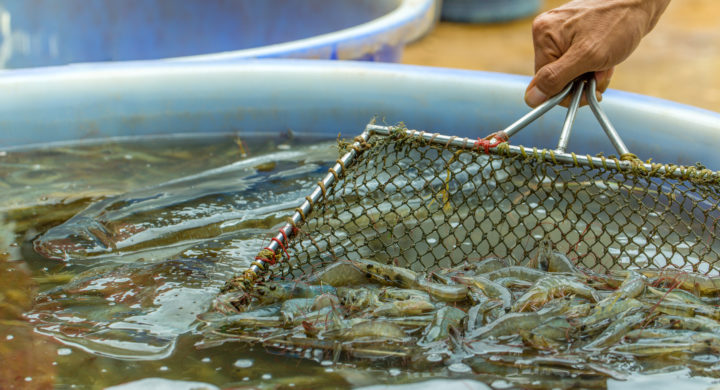 A technical report from Ecuador’s newly-formed ministry of environment and water could lead to additional expenses for shrimp farmers derived from the use of water in shrimp pool reservoirs, said Jose Antonio Camposano who heads Ecuador’s National Chamber of Aquaculture.

Camposano said on Twitter that the ministry aims to charge for the water that shrimp farmers pump into their reservoirs on the grounds that the aquaculture sector’s non-consumptive use of brackish water can affect national water planning.

“Unacceptable! The absurd report of the ministry that pretends to be used as sustenance to charge the use of water to the shrimp sector cites documents on trout aquaculture and other systems other than shrimp farming in Ecuador!” Camposano tweeted.

Camposano later posted that this new measure was borne out of desperation to raise funds, “lacks any real arguments”, and would be a hard blow for a sector which has been fighting to survive during the COVID-19 pandemic.

“The mere possibility of creating a fee due to an erroneous interpretation of the non-consumptive use of water would constitute a severe blow to shrimp production that would see its cost structure overloaded, reducing its competitiveness,” he added.

“The non-consumptive use of brackish water by the shrimp aquaculture sector does not affect national water planning,” he added. “The water used in shrimp production is pumped into the pools and returned within a few days or even just hours.”

Undercurrent News could not access the report he mentioned, and the ministry did not respond to requests for comment. Camposano, too, did not respond.

A new threat to the sector

Some Ecuadorian farmers proudly claim they return the water to the ecosystem in better condition than it entered the farm, as their reservoirs are used to filter the water to be used again.

“It has absolutely no sense,” an industry representative speaking on condition of anonymity said of the proposal to charge farmers for use of the water.

“This is another threat, and sadly, we don’t complain as much as we should about such injustices. Although it has been on the table for years, it doesn’t look like we are going to do much about it,” he said.

The Ecuadorian shrimp sector, which is struggling to cope after seeing many businesses go bankrupt, shrimp farms closed, dry ponds, and prices fall due to the COVID-19 outbreak in the country and in key markets, believes this will only worsen the situation.

“We need help from the government, not more obstacles,” a small Ecuadorian shrimp producer, who also spoke under condition of anonymity, told Undercurrent. “We [producers] cannot bear more costs. Of course, we have to be environmentally responsible, and most of us are, but this initiative is unfair and unjustified.”

Several Facebook commentators in a forum on Ecuadorian aquaculture agreed the initiative could bring more significant problems, including a loss of competitiveness in the market for their products.

“The government is desperate, and it is attacking us,” a farmer said. “Many of us have put our effort and the future of our families in this sector. We must remain united and think about what actions we need to take to tackle this attack on our livelihood. After all, we deserve a chance to survive.”