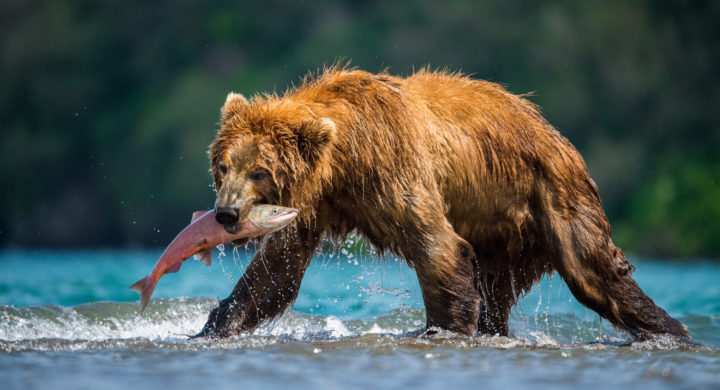 A bumper salmon run in the Katmai National Park and Preserve in the US state of Alaska has led to an overabundance problem, the Bellingham Herald reported.

Too many sockeye salmon had meant that the park’s many brown bears have only consumed the tastiest parts of the fish, discarding the rest of the carcass and leaving a mess behind.

“The carcasses along the riverbank show the high-fat content parts — skin, brain and eggs in particular — were devoured, while a lot of the meat we would traditionally eat ourselves are left behind,” the park said on its Facebook page.

This fall’s run has been too much for the park’s bears, rangers said.

“Tens of thousands of fish can enter the Brooks River over a matter of hours or days, overwhelming the predators trying to eat them,” according to the National Park Service.